I just had some cookies from a brand I haven't eaten in years--Archway. Now, this story isn't about Archway in any bad sense. They have fine cookies.  They were on sale and I bought some. It just happens that my story is about a package of Archway cookies.

I used to work as a laundry supervisor at a commerical laundry in Wyoming. We did hotel stuff. Anyway, we had a guy, Jerry, who liked to work on the loading dock sorting incoming laundry. He noticed my roommate back then kept going through trash cans (The guy really did go through trash cans). Well, this seemed to really bother Jerry. He mentioned it often.

So, one day, I suggested to my roommate that he pretend to find an open package of cookies in the dumpster that was next to the loading dock--and make sure Jerry sees it. So, he "found" half a package of Archway cookies in the dumpster, took one out of the package and ate it right in front of Jerry. Them he said "Mmmm" and went about his business, eating more of the cookies.

Well, poor old Jerry just about lost it.  I thought he was going to throw up right on the loading dock. Then he had to come find me and tell me all about it.  I struggled to keep a straight face. It creeped him out totally. He talked of little else for about a week. And he never realized it was really a gag orchestrated by me. Ain't I a stinker? [And my roommate really did keep going through trash cans looking for stuff.]. 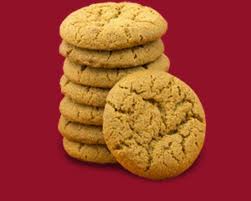