I had some ideas for new TV shows.

Throwing People Out of Airplanes. They take unspecting people on scenic flights, then they grab them, slap a parachute on them and throw them out of the plane.

Bus Driver. This would be a reality show. They film a bus driver and you follow him on his entire shift for like eight hours, unedited. It could fill up the whole night.

Of course my best idea was The Dave Riley Show. I wrote that one up in a book. No one ever buys it. It's really funny, but absolutely nobody will buy it. I have a TV show with my sidekick, Ed. We have guests come on, like the host of Commercialvision, which is an all commercial show that comes on after my show. It's just awesome. I really don't know why none of the networks ever called. Really. I don't. And really, it is in a book. No one believes me when I tell them that. You can buy it right now. Really.

One last thought: There's this zero dark 30 movie coming out. Well, in the alternate scenes when it comes out on disk, they could have the helo land in the front yard and knock on the door. Some lady, one of the wives, comes to the door. "Hi, is Osama here?" one of the seals asks. "Who is calling?" "We're from The US Navy." "Osama!"
Osama comes to the door. "How you go?" "Hi, we're with the US Navy. Are you Osama Bin Lauden?" "Yes, I am. Thank you very much." Blam! "Have a nice day." Then they fly away. Manners are so important. 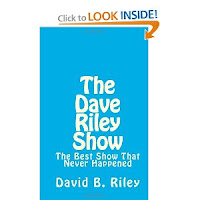