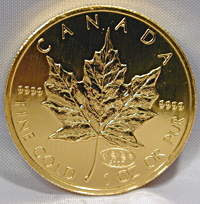 I was looking over the schedule for Anamoly Con and saw something I really liked--a panel on financial transactions in science fiction. There's an amazing lack of finance in most sf. Star Trek was really bad about it. Federation goofs hardly ever paid for anything. Captain Janeway engaged in barter deals a few times. But you just did not see Star Fleet people pay for anything. But, what I thought was odd were the Feringie and their obsession with latinum. Replicator and transporter technology are the same thing, basically. They say so on more than one show. Therefore, anything that can be transported can be replicated. So, since they do transport latinum, then it must be able to be replicated. And, if it can be replicated, it is not valuable.

I've just finished the fith short story involving Sarah Meadows of the Gompers Insurance Company. That's something you don't see much, insurance companies in science fiction. You don't see a lot of banks, either. And, they don't even talk about taxes. Is everything in the future free?