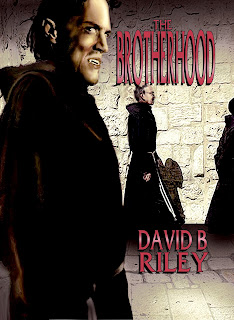 As I’m sure most readers of this blog have heard by now, they’ve fired Pope Benedict and the Catholic Church will soon name a new pope. I’ve given this a lot of thought. As I understand the rules, you don’t technically have to be a cardinal to be pope. In fact, you don’t even have to be a priest. With that in mind, I would accept the job if it were offered.

I mean, sure, I’m not even Catholic. But, I understand a lot about the Catholic religion. Just read my wonderful vampire novel The Brotherhood if you doubt me. I think between the cool hats and that popemobile that I’d like being pope. The celibacy part, at first thought, doesn’t sound so great. But the truth is, I hardly ever get laid anyway, so I doubt that would really be a big deal. I am quite certain I could wave a cross around and bless people. It just doesn’t look that hard.

I somehow doubt they’d give me the job unless God intervened. So, note to God: I’d be happy to serve. Thanks.
Posted by David B. Riley at 1:30 AM