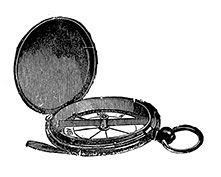 I've been on a time kick, lately. I mean writing about time. It's figured prominently in the last three stories I’ve written. I don’t mean time travel as such. I mean time in more of a theoretical sense. How things could shift through time. How two places could be in different time. That sort of thing. Time is something that is amazingly not well understood. We have the concept of linear time, but that’s about it for most folks. I’ve long maintained there is no difference between past, present and future. They are all one and the same. And I’ve held that view even before I started writing science fiction. Most people say huh. If the universe is curved, and it appears to be so, a line that extends into infinity must eventually come back and connect with itself. So, according to David, must time do the same. So, the ultimate in linear time means that past, present and future are all the same thing. The fact humans can only vaguely see anything but the present is irrelevant.

As the Star Trek Next Generation series was winding up its run, they had an episode dealing with anti time. This was much the same as anti matter. I thought it was quite fascinating.

And that’s one thing fun about writing is it gives you a chance to play around with way out ideas. However, I’ve found few editors really embrace way out concepts. So, now I’ve got to figure out where to sell these stories.

I wish I could get more time stories for my magazine, Science Fiction Trails. I never see anything original. It’s just some clod goes back in time, usually for some very dubious technology, and he doesn’t belong there. I’ve tried to discourage that sort of tale. Alas, that’s about all I get in the world of time. It’s time to go to the store now.
Posted by David B. Riley at 2:20 PM