A funny thing happened on the

This blog has a certain number of regular viewers and a few intermittent ones. There's an average of about 50 views per day.  So, I was simply blown away yesterday when the views ran just shy of 500. I have no idea why it spiked like that. I was rattling on about boiler rooms.  I suspect most of the folks were looking for something else and will not likely be back.  Oh well, that's what I do. It's called "Rants & Raves" for a reason.  I rant and rave about stuff.   I've been doing this for some time.  This is my 890th blog post.
Posted by David B. Riley at 12:30 AM No comments:

I just did my taxes.  One development last year was there were no contributions to charity at all.  That was not entirely because I'm cheap.  No, it was the inevitable evolution of things.  Let me explain. I hate boiler rooms.  There's been a trend in recent years for more and more charities to use boiler rooms, as they're never content with what you give them. Thinking they can bludgeon more money out of you, they hire boiler rooms to call you and bother you.  Now, my practice has always been that any charity that calls me begging for money is forever banned from getting another dime.  And since it seems all charities I've had any interest in have resorted to hiring these obnoxious people to call me at all hours, well the inevitable has happened. There really aren't any charities in good favor with me anymore. These places calling me will never get another dime as long as I live. I'm not entirely sure how they get my phone number, but that's another story for another day.

To ad insult to injury, they never stop calling, either.  It doesn't matter how many times you tell them to stop calling you, they just keep on calling.  The local public TV station burned their bridges about 4 years ago yet they still have some boiler room call me constantly.  They'll never stop.  They'll also never get any money.

As you all should know by now, I've done a few things in the genre of steampunk.  I've long considered steampunk to be a rather fickle market.  But it's a fun genre to work in.  I've been doing a few airship tales lately.  I found it interesting that very few of my coworkers have any idea what steampunk is--not even the rudimentary version of a bunch of people running around in goggles.  Anyway, I hope to soon announce a new steampunk airship novella.  I'm excited about it.

Well, some places got a lot of snow.  Where I live it was just a few inches, ergo both forecasts were wrong and right, depending on location.
Posted by David B. Riley at 1:56 AM No comments:

The people who forecast weather have satellites, computers, Doppler radar and all sorts of things at their disposal.  The current storm moving into Colorado has predictions of up to 2 feet of snow. There are also forecasts of only a few inches. Somebody is wrong, It's just a matter of time to see who.

I noted with interest yesterday in USA Today that there have been mysterious plumes in the upper Martian atmosphere.  Scientists seem unable to explain them.  Well, I would theorize that the Martians are conducting experiments to revitalize their atmosphere. 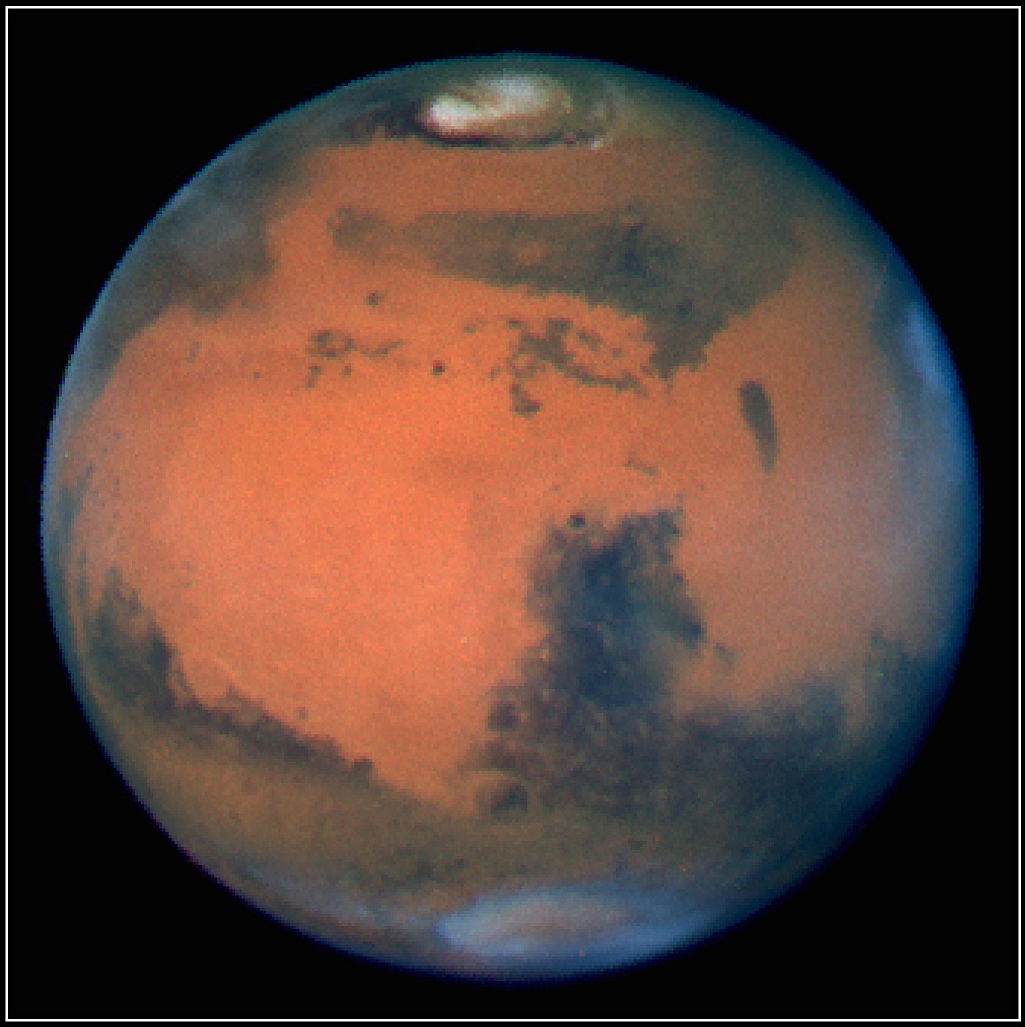 Noted with interest that tonight's Jeopardy had a category about the Stoker Awards.  I've been on a Stoker jury and am a voting member for these very awards as they're put out by the HWA, so it was kind of neat to see that.


But, what's an award anyway?  I also today noted a writer I know lists himself as a best selling author on his Facebook page.  Best selling my ass.  He's an honorary member of Obscurity Press.  As far as I'm concerned, you're not a best selling author unless you're on the New York Times best seller lists. This guy, not even close.
Posted by David B. Riley at 11:10 PM No comments:

Been a busy two weeks in the Vail area.  We just wrapped up the world alpine ski racing championships.   There were a lot of crowds and traffic and stuff.  Frankly, you see it better on TV. But I guess there's something about standing behind a rope watching skiers zip past you at breakneck speeds. I'm kind of glad it's over, so we can get back to regular pandemonium instead of breakneck pandemonium.

The tail light on my car burned out recently.  When I opened up my trunk, I realized I had no idea how to access the light bulb.  It was not obvious or simple.  Still, it was only a light bulb.  Then I went to buy the light bulb that I had no idea how to install.  The same Sylvania light varied from $3 at Walmart to nearly seven dollars at Napa.  I was shocked at how this could be so.  The same part number and everything.  And, you can get a package for two bulbs for about 30 cents more than a package with one bulb.  So, bulb in hand, I re-visited my trunk after finding this nifty car repair web site. With my new found knowledge, I realized that the evil geniuses at Ford hadn't made it as tough as I feared, it was just in knowing where to look.  I changed the light bulb in three minutes. Yay! 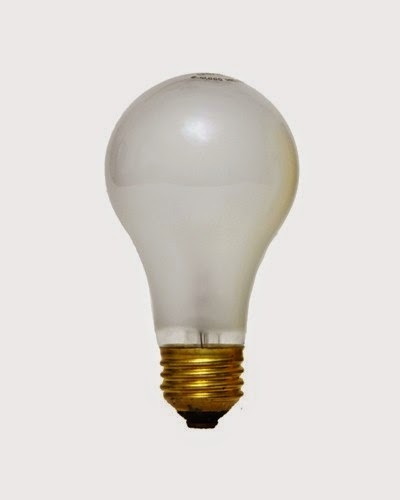 I had an interesting conversation recently about blindfolds and firing squads.  The popular conception is blindfolds are placed over the eyes of the person being executed for their benefit. Not so, actually.  It's for the firing squad.  Many a participant in such endeavors have been reportedly haunted, even driven insane, by memories of the images of the victim's eyes looking at them.  At least, that's what my research has  turned up. Ergo, stories where they ask if you want a blindfold are bogus.  You get one whether you want it or not.
Posted by David B. Riley at 6:39 PM No comments:

Well, the long expected death of Radio Shack has finally arrived.  I didn't go to Radio Shack very often.  They didn't sell anything I wanted.  I suppose that was their problem.  Still, I remember in my youth they sold a lot of batteries. And they had a battery card, where you could get a free battery every month for your transistor radio. The purpose, of course, was to keep folks coming back into the store.  Over time, Radio Shack staples like TV antennas became obsolete as did transistor radios.  Still, I feel like we've lost something, although I'm not entirely sure what.  So, goodbye Radio Shack. They invented the personal computer business, then farted it away.  They used to demand your name and address to buy a light bulb for your flashlight, then sent you annoying adds for obsolete products. Goodbye Radio Shack. Good riddance.
Posted by David B. Riley at 12:30 AM No comments:

The Walking Dead is back with new episodes.  Yay! I just love that show.
Posted by David B. Riley at 1:38 AM No comments:

I've never been all that active in the world of science fiction conventions.  A lot of that has to do with the fact they take up a lot of time and money, travelling to them. Another issue is that my so-called day job makes it really tough to get weekends off, especially during the winter ski season. The far away ones can really cost a lot to attend.

Then, there is the fact that a lot of cons don't seem to want me.  That wouldn't bother me so much, until you look at the posers they bring in.  It's one thing to be snubbed in favor of better or more talented writers--it's another matter to get snubbed in favor of someone who only has one self published crappy book or one or two short stories.  Regardless of why, it looks like I will be attending very few cons this year.  Between my own self-imposed issues of time and budget and the fact that most of the cons I want to attend aren't interested, it doesn't look like I'll be travelling much this year.
Posted by David B. Riley at 10:48 AM No comments:

I found my refrigerator devoid of groceries last night.  That happens now and then.  All I had in there for supper were some frozen corn dogs.  In a pinch, they're not really all that bad. That's why I try and keep a few frozen items around.  My dilemma was not not in fixing corn dogs. It was that I was also out of mustard.  I really did not want to go out to the grocery store. But I also could not face the idea of eating corn dogs without mustard on them.  No supper at all last night.

I love Ground Hog Day.  Me and that town in Pennsylvania.  And that's about it.  For ten years I've been advocating that people eat sausage on Ground Hog Day. Sausage is made out of ground hog.  It makes perfect sense to me.  And, I've had zero converts.  I feel much like Linus, who spent most of his young life telling people about the Great Pumpkin to no avail.  The difference, of course, is I don't preach that a ten foot tall groundhog named Wilbur is going to drag you from your bed and eat you in its burrow if you don't have sausage. Well, I guess the Great Pumpkin never actually did that, either. But, if you have some sausage today you'll make me and the folks at Jimmy Dean happy. Speaking of Jimmy Dean, I once wrote to them about my idea to promote Ground Hog Day for eating sausage. I never heard back from them. 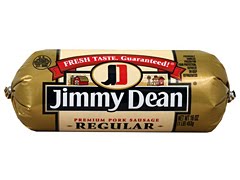