Like most people,  I've had great ideas that never quite happened.


Back in the 80s I thought it would be neat to get rid of drapes and have windows simply cloud up when you wanted privacy.  But I couldn't figure out how to do it. Now, they actually have such windows, but I have yet to see them commercially available.  I probably couldn't afford them anyway.

About the same time I started calling the paste-like fluid they cover typos with "Boo boo goo." Well, some darn company down the street from where I lived marketed just such a product.  I don't think it caught on.  I never saw it for very long.  I knew people at the company that made it but never entirely figured out how my term boo boo goo made it to them.  I wonder if they still make it.

Then there was Abominable Cereal.   I really wanted to market this, but could not  get any backers. Everyone thought it was stupid.   The concept was the box would have the Abominable Snowman on top of a mountain, swatting at airplanes much as King Kong did on top of the Empire State Building.  And inside the box would be little Abominable Snowmen with white frosting on them.  I figured kids would have gone nuts for it. Anyway, if anybody runs into the boo boo goo folks and they want to steal another of my ideas, they can have it. Just let me know where I can get a box.  I actually wrote about this as an assignment for a marketing class. As I recall, the professor was only lukewarm to the idea and I think I got a B on my paper. 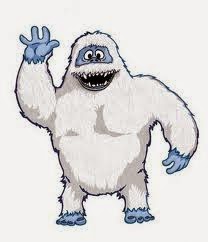