I really like corn.  I bought some yesterday at the store. It was on sale.  What I can't figure out is why so many people shuck it in the store. They have a special trash can for it and there's always somebody standing there shucking away.  Corn keeps better if your leave it with the husk on until you're ready to cook it. It really does. These people shucking at the store or buying it already trimmed and peeled are idiots. That's all I can say.  And don't boil it.  Bake it, roast it or microwave it but don't boil it.


By the way, if you butter an ear of corn a lot of dogs like it. Most of them will eat the kernels but some dogs don't get it and try to eat the cob. 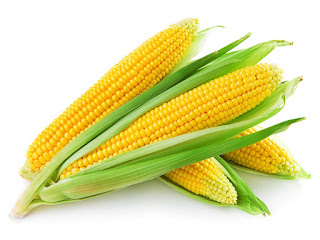