Well, Santa won't bring you a copy of the Martian Anthology this Christmas, as it won't be released until the end of January.  But maybe the Abominable Snowman will have one for you in his bag this  winter.  Just like it sounds, it's got stories about Mars and Martians in it.


Of course, Heat of the Midday Sun and Six Guns Straight From Hell 2 are available right now.  And who wouldn't want a little weird western action in their stocking? Tell Santa what you want. 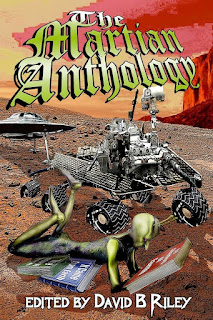