People will be pleased to note that I finally remembered to buy some soap.  Yay!
Posted by David B. Riley at 1:20 AM No comments:

I'm out of soap. By that I mean bath soap.  Yesterday I went to the store specifically to get soap. I came home with butter and some orange juice. Yes, I had a list in my pocket. I completely forgot to look at it.

Thursday I went to the store looking for soap.  I came home with milk and some ground beef, I also got a great deal on stale doughnuts.

They say three times is the charm. Today I will once again go to the store in search of soap. Stay tuned.

I've noticed a lot of pictures have been sent into TV stations of dogs in football shirts.  Of course they're decked out in Broncos orange around these parts.  But what if the poor pooch is a Carolina fan?  It seems cruel to make fido wear orange if he'd rather be rooting for his favorite team. On the other hand, no self respecting dog should be rooting for a team named after a type of cat [Panthers].. 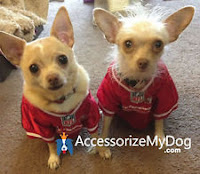 Story Emporium: Purveyors of Steampunk & Weird Western Adventure  will open for submissions in just a few days on February 1st.

Full guidelines appear on  the SE blog.  We have two types of stories. First there is the regular fiction story.  Our guidelines are quite lengthy, but we prefer adventure oriented fiction.

We also have our 300 word writing challenge.  And it is a real challenge to write a story in 300 words or less.  We give everyone the same challenge. Last time it involved facing down Indians by yourself with only one bullet.  This feature is a holdover from Steampunk Trails. Our first challenge involved a fog machine.  This time we're looking for a ghost story set between 1880--1900.

The guidelines are up on our blog. http://steampunktrails.blogspot.com/

I wanted a sandwich yesterday.  I had little sandwich makings at home, so I ventured out right in the middle of the Denver Broncos game.  That is sacrilege to all things Coloradoans hold dear. I found a parking space right in front. The store was nearly deserted.  I got my bread and cheese and mustard and some roast beef. I checkout out and went back home and fixed my sandwich.  It was wonderful.

Two things I didn't get to talk about on a space food panel last fall at Mile Hi Con as we ran out of time:

Jalapenos are the first peppers to be taken into space.

Do they eat much in the way of beans on the International Space Station?  Of course there's a product called Beano that really works--if you remember to take it.  Otherwise, a bunch of people farting in a confined and airtight facility might prove troublesome.
Posted by David B. Riley at 12:30 AM No comments:

I really like orange juice.  It tastes good and it's good for you.  But there is a problem with drinking it. I never have any. Every time I go to the store to get some, I return to discover there isn't any in the grocery bag. It makes no difference if I have a list or not--I can even have a coupon.  When I get home  I will only then discover that I forgot to buy orange juice yet again.  It has happened twice this week. Both times I went to the store to purchase OJ. Both times I came home with spaghetti sauce and tea and even some frozen waffles. and there was no orange juice in the bag. I'll try again this afternoon.

I had my car washed this morning.  It was one of those robo washes.  As I sat there getting it washed, it occurred to me that during the summer the doors on both ends of the thing stay open. But that's not so in the winter. They close with every customer.  What started bothering me as I looked around was the fact there seemed to be no emergency release on these doors. So, if there was some major mechanical problem or a power failure, I could figure no way out of the blasted thing.  Maybe there's some way out that I missed, but it gives thought to the notion of whether it's wise to use one of these things late at night when few people are around.

On a related note, this place has no emergency contact phone number posted anywhere that I could find.
Posted by David B. Riley at 1:14 PM No comments:

Yesterday I had surgery on my nose.  It wasn't any big deal, only took a few minutes and was done at the doctor's office.  And I left with a big white bandage on my nose.


So, I'm in the elevator and this lady and her dog are in there [people routinely take dogs in buildings where I live].  The dog had a bandage on his leg and he was wearing a satellite dish.  Now I don't know what dogs actually think, but the way the dog kept looking at me, I felt like he was thinking Why doesn't that guy have to wear one of these stupid things around his neck like I have to?
Anyway, that's what it seemed like he was thinking.

It would be hard to drive with those one of those dog cones around my neck.

And my dad didn't understand why they call them satellite dishes.  Come on, they look just like the satellite dishes on people's homes. Jeez. Even the dog understood that.

Well, in case you had not heard, the NFL playoffs are underway.  If you missed it, you missed it, but in the last seconds of Saturday's game against the Cardinals, Aaron Rogers threw a perfect Hail Mary pass into the end zone and the Packers stalled doom by tying up the game with the Cardinals.  All for naught, as the Cardinals quickly scored in overtime and won.

A Hail Mary is a beautiful thing to see.  Frankly, I doubt very many QBs in the NFL can really throw one.  So I was amazed when I saw it.  It brought back a memory from years ago when my mother was still alive. We, meaning me and somebody else, were talking about a Hail Mary someone tried to throw.  My mother wanted to know what a Hail Mary was.  Well, I tried to explain it to her. And tried And tried. It was pointless. And my mother was not ignorant of football and seemed to like the college game more than the NFL. But the Hail Mary was something she could not grasp.

Oh well.  It's a thing of beauty. Aaron Rogers should get a medal from Congress or something.

Over at Story Emporium, where I am publisher, we're about to open for story submissions. We also have something called our 300 word writing challenge.  You have to write a story in 300 words or less. This can be quite tough.  For this issue the challenge will be to write a ghost story.  I think this is the toughest one we've done yet. Opens February 1st.

Get half off the ebook edition of Six Guns Straight From Hell 2 through the end of January from Samshwords.com. Enter coupon code  GH82A to get the reduced price.

Who doesn't like getting stuff for free?
We're giving away a few copies of The Martian Anthology  in cooperation with Goodreads.  Just click the link below to enter.

It can be amazingly complicated when your car beaks down where I live.  In this case, the culprit was the car battery.  It gave no warning, I just suddenly could not get it to turn over. I'm sure our recent spat of subzero temperatures hastened the problem.  And this is where I was glad I had emergency road service coverage.  It only took the tow truck driver a few minutes to get me going, but I was sure glad I din't have to pay for the service call--which runs about $75 bucks [this is not a cheap place to live]. But no one seemed to have the correct battery in stock.  I feared if they ordered one, by the time they got it in, I'd be getting real chummy with the tow truck guy and my insurance company would send goons to work me over.  But, finally, I found a place that had one.  I was so happy.

Anyone bought onions lately?  They're simply enormous.  I wanted an onion at the grocery store and they were all so big I felt I'd have to throw away half of one as it was way more onion than I needed. I don't know why the stores won't sell smaller onions--but they tend to carry what customers buy. I'm sure the smaller ones find good homes at commercial kitchens where they make stews and soups and such. But I really wish I could buy smaller ones when I simply want a few slices to put on a roast beef sandwich. 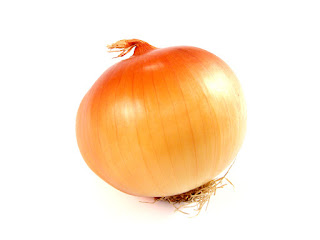 The Martians Are Here

The Martian Anthology, edited by yours truly, is now available from Amazon. It'll be available from other outlets like Barnes & Noble soon.  It's got stories about Mars and Martians. I've always had a fascination with Mars.  I read everything I can find about  discoveries on Mars.  So I decided to do an anthology.  We've got J. A .Campbell, David Lee Summers, Steve Ruskin, Sam Knight to name a few of the contributors.

I don't review movies very often. Heck, I don't even go to movies very often.  Well, everyone should go see Hateful 8. The hell with Star Wars.  You've got a movie where everyone's a villain, or at least may be one. And all these villains are kind of thrown together like the old English manor murder mysteries--only all of these characters are in some godforsaken hellhole in Wyoming in winter time.  Since I actually used to live and work in Wyoming, it brought back some memories.  Cold. Very cold.  And it's a Quentin Tarantino film.  So lots of people are gonna die. That's no spoiler.  It's just how and when that's the interesting part.  Superbly directed.  Samuel L. Jackson and Kurt Russell deliver strong performances. Go see it.
Posted by David B. Riley at 12:39 AM No comments:

I've mentioned before that I have a novel coming out, Bonded Agent. Before, I talked about the reptilian race in the book.  Now I thought I'd mention Sarah Meadows.  Sarah has appeared in six stories in various anthologies like Space Pirates & Space Horrors. She is a graduate of the Martian School of Economics, a school located at the base of Olympus Mons,  an enormous extinct volcano on the Martian surface. They say graduates of the Martian School of Economics really go places.  That's certainly true for Sarah.  After taking a job with the Gompers Insurance Company they send her to weapons training on her second day on the job. She's soon parachuting out of space ships, hunting down cargo pirates and even trying to salvage a derelict vessel that may be haunted. In other words, she doesn't exactly sit in an insurance office all day.

In Sarah's world Mars is an independent republic with an uneasy relationship with Earth.  In fact Earth is very militaristic and occupies one planet called Chiron and has gone to war with the reptilian Tau over another one.

I wish I had clearance from the publisher to show the cover, as I think it is simply awesome.  I'll post more later on the book.
Posted by David B. Riley at 1:13 AM No comments:


About the same as last year and we continue the 300 word writing challenges with one I think folks might really enjoy. It's tough to write something in 300 words or less--and that's the point.
Posted by David B. Riley at 12:30 AM No comments: