I'm now officially homeless.  Really.  My house has been sold and I've turned in the keys.  And I don't have a house of my own.  Sort of wish I'd bought that teardrop trailer a while back.  So, the next time you see some homeless vagrant in a park somewhere, be kind. It might be me.
Posted by David B. Riley at 12:30 AM No comments:

They didn't have carpet

Another thing I wonder how cavemen went without is vacuum cleaners.  Of course, they didn't have carpet.  I wonder if they used animal skins for rugs or just wore them as clothing.  If the local mammoth ended up on the cave floor, then how did Mrs. Og keep it clean without a Hoover to such up all that dirt?

By the way, I used to go around telling people that famed federal lawman J. Edgar Hoover invented the Hoover vacuum.  Some of the folks were really impressed he was that talented.  That's why they named Hoover dam after him.

Probably just as well I don't teach history.
Posted by David B. Riley at 12:30 AM No comments:

I have a built in microwave.  That means it costs more to replace than the common variety you pick up at you local big box store.  And it broke a few days ago.  I used it all the time, but gave it little thought.  Now its demise has given me plenty to think about.  How did cave men survive without microwaves?  Did they eat cold soup? How did they brew their tea?  No wonder we don't have too many cave men around these days.  I'll bet if they'd had microwaves, they'd still be around.

And George Washington, he could've had hot soup in under a minute on those cold nights at Valley Forge if they'd had microwaves back then.  Yet Og and the other cavemen had to muddle along with charcoal as their cooking method.  Whilst I like charcoal for some things, leftover pizza right out of the microwave is better than leftover pizza heated up over charcoal--it just is.

I've been informed it'll be at least a week before a microwave that fits above my stove can be located and installed.  This is most discouraging.
Posted by David B. Riley at 1:33 PM No comments:

I did a reading last night.  I haven't done one in a long time. Oddly, I was invited to read from my new novel, Bonded Agent, at a local hotel.  And people actually came.  Almost makes me sorry that I frequently describe Vail as a cultural wasteland--almost.

Alas, these have been rare.  We used to get together (we meaning a lew other Colorado writers) down in Denver now and then.  But that's fallen off as people always seem too busy to do it.
Posted by David B. Riley at 12:30 AM No comments:

I've been packing to move.  It's amazing how much stuff there is.  I don't recall buying all this stuff. No wonder I never have any money.  And the more I throw out, the more I have.  That's what I call the inverse space law.  Mass doubles as storage space reduces by half.  So, you throw out half your stuff and you have less space than before you started.  I actually submitted this theory on a paper in college. I got a D.  Instructor hated it and described it as gibberish.  May have been right.  All I know is I've loaded up gobs of stuff and thrown out bobs of stuff and it seems like there's more stuff than when I started.
Posted by David B. Riley at 9:16 PM No comments:

I hate buying tires.  They never seem to last as long as they're supposed to.  They cost a lot.  It's just not fun hanging out at tire stores.  A lot of people don't think about this, but tires follow oil prices to some extent.  I actually bought tires yesterday for less than I paid two years ago.  So you'd think I should happy.  But I'm not.  I've long believed they could design wheels that never need alignment and tires that last the life of the car--but they don't want to because that would greatly shrink the automotive repair industry.  Wishful thinking or delusional fantasy?

Well, I don't understand why thousands of people aren't buying Lightships & Sabers. It's got my story "The Governor" in it.  I'd think that would line 'em up.  Heck, the other stories are pretty good, too. Here's a sample:


Crown Prince Agamar was soon dressed and in his office. The breakfast soup was palatable, but not really what he wanted. He sipped it as he looked over the latest reports from General Cervus. Those reports weren’t the problem.  They were short and to the point.  The minister’s reports were another matter.


Carson nervously placed a file in front of  Agamar, then stepped quickly away from the desk.

“The Governor has been killed.  His shuttle was shot down,” Carson reported. “I’ve suggested a replacement.”

Agamar glanced at the file, looked toward the ceiling, rolled his eyes, then  said, “Quimby is a buffoon. How did you come up with him?”

“He’s not dead, my lord.  Everyone else we’ve sent has been killed within a week of their arrival. There aren’t many options left at this point,” Carson explained.

Agamar scratched his chin as he gazed off at the ceiling.  “Good point.”

“There are those who fear Hearth may be ungovernable,” Carson said.

“How true, but I’ve just had an idea.  I know what name I’ll give to my father. Yes, this will work out quite well, Carson, just you see.”  The Crown Prince hurried for the Emperor’s chambers. “Very well, indeed.”
Posted by David B. Riley at 3:49 PM No comments:

Ever had a book reviewed?  Well, if you haven't written one, probably not. If you have, well maybe you can relate.  I recently got a review that had my jaw dropping down to the floor. I'm not going to say where the review is or who wrote it.  The review concerned my new novel, Bonded Agent. It went on and on about one little scene in the book--taken from three little paragraphs in a 300 page novel, thus leaving an impression that doesn't really exist. Why? I'm guessing the reviewer didn't want to take the time to read the whole book.  But I really don't know why people do what they do. So, I got a fairly positive review and I'm still not happy. Go figure.
Posted by David B. Riley at 12:30 AM No comments:

It seems ever since I decided to sell my house that I'm cleaning nearly constantly.  A spec of dust here and an unexplained foot print there. Oh my!  I've never been that much of a cleaner, but I had to get the place presentation clean to sell it. Now, as the weeks of "under contract" creep by, I'm still forced to keep cleaning constantly, until we close, Then I can stop worrying about it so much.  Why?  Well, nobody ever complained because a house was too clean. Secondly, I don't think I can go through showing this house gain. I'm so afraid something will go wrong, that I've been trying to keep everything showroom clean.  I don't even use my oven anymore. Ovens are a real chore to clean. This isn't my normal forte.  I don't like this constant cleaning.  It's just that the alternative is worse.At least I'm out of fix it mode. My list of things that I had to fix was taken care of.

My advice on home ownership--rent. Worse case when renting is you might lose your cleaning deposit. And maybe not even that. Last time I rented I got my deposit back.  Those were the good old days.

Over at Science Fiction Trails, where I am publisher, our most popular product by far is Gunslingers & Ghost Stories.   I'm not entirely sure why.  We have two other western horror books, but that's the one people are reading--especially online.  And they say Americans won't read ghost stories.  Since most of these sales are online, they most assuredly are not British sales.  In fact, we hardly ever see British sales anymore.  The Brits used to gobble up weird westerns but that market has really dried up. In fact, we have more online sales to Germany than the UK these days. Yes, in English. 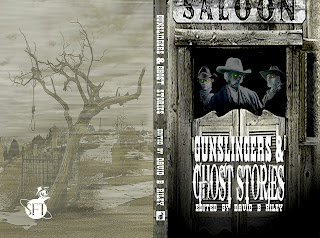 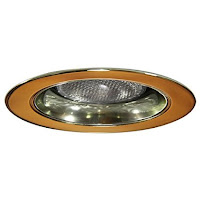 I've mentioned I've sold my house.  We're in that delightful period called "under contract."  Well, one of the things the home inspector wants fixed is this little round ring that goes with some types of recessed lighting.  This building was built 30 years ago. Some styles and parts have changed. My problem isn't some expensive interstellar transducer--it's a six inch metal ring that no longer seems to exist.

I sure miss Letterman

I sure miss David Letterman.  I rarely talk about political events, but feel the need for some reason. David Letterman no sooner retires and Donald Trump announces he's running for president. Coincidence?  Letterman had a way of dealing with Trump. Hell, he could do an entire monologue just on that thing on Trump's head. Oh, how I miss him.
Posted by David B. Riley at 12:23 AM No comments:

Pie of the Month

Way back when, actually back in high school, my journalism class did some off things now and then. Right before Christmas vacation someone put a half eaten cherry pie above one of the chalkboards (they had these hook things for hanging maps and such).  To our surprise the janitor didn't pay it any mind. Well, after Christmas vacation, the pie had grown a very nice gray beard of mold.  Someone put sliced peaches for eyes and it kind of looked like Mr. Thomas, our teacher.  So Mr. Thomas hung out looking at us for a few days. Then he was gone.  We were hoping his beard would eventually make it to the floor. That pie influenced my psyche in certain ways. Those were the days. In adult world you can't just hang a pie on the wall and let it grow. Well I could, but, well, it's just not practical.

One thing about selling my house is it's made me more proficient at fixing stuff.  Kitchen cabinets that once would have me flee in terror, now they're just a 10 minute job.  I've learned a lot about caulk, how to repair window screens and even how to replace a baseboard heating unit. I hope I never sell another house as long as I live.
Posted by David B. Riley at 11:40 AM No comments:

The grocery store I go to has all kinds of pudding--ready made. You just take it home and eat it. As long as you want chocolate or vanilla or that weird kind with the dead bugs in it.  If your tastes turn toward coconut, forget about it.  "Why can't you eat tapioca like everyone else?"

At least it's not instant pudding.  I've always hated instant pudding.  That was all we got growing up--my mother refused to make real pudding.  I couldn't even have any for my birthday.  I finally asked why and she said it burns.  Well, if you didn't use such high heat on everything you cook it wouldn't burn. It was talking to a wall.

Sometimes they had chocolate pudding at school, but that was rare.

So, imagine my surprise when they had banana pudding at the store. I bought some. It had a very strong artificial flavor. I didn't like. I've been depressed all day. Pudding issues run deep with me. 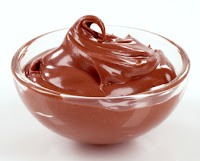