My recent move took up so much time I fell behind on writing projects.  I've got to do some revisions on a story about a Yeti in the Wild West and I need to finish one about a cave man who solves crimes.
Posted by David B. Riley at 12:30 AM No comments:

Well, Leprecon has come and gone. This is an amazingly small con.  Still, was plenty going on and I was on quite a few panels.  More importantly, I made some contacts which may result in future business.
Posted by David B. Riley at 12:30 AM No comments:

I'll be a participant at Leprecon in Phoenix this weekend at the Park Terrace Suites.. My schedule follows.  They're tapping my 19th century knowledge pretty heavily.

Word has gotten out that I've just moved into a new (for me) house.  People have been asking what it's like. Well, it's got some walls, a roof, a few windows and it even has a bathroom with a shower in it.

Heat of the Midday Sun

You can get yourself a book full of hot stories to while your summer away.  Heat of the Midday Sun , is full of sizzling western adventure.
Posted by David B. Riley at 12:46 PM No comments:

Mars is just off its closest point with Earth, as the two planets orbit the sun.  That's when they would most likely invade us--and we them.  It would also be when they're most likely to spy on us, simply because they're closer.  So, if that guy in the park reading the paper doesn't look quite human, he;s probably not. 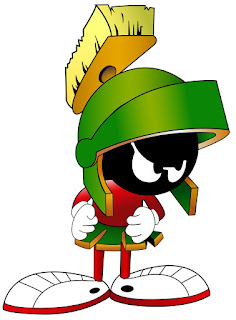 I was sitting in the food court of Costco yesterday afternoon.  I kept noticing people walking by me who were farting--a lot of them.  I don't believe it had anything to do with Costco, save perhaps the long distance to the restrooms.  Farting, in public is considered uncouth.  Now I myself went thorough a phase where I farted in public elevators. But, to just blast away, oblivious to the nearby folks trying to enjoy their hot dogs seems a bit uncultured.  Maybe it's a trend for something new.
Posted by David B. Riley at 8:24 AM No comments:

Nearly caught up. Caught up? On what?

Well, the  contracts for Story Emporium.  I got a little bit behind with my move and all.  I sure hope millions of people fall under a trance and wander around ordering copies.  That would be really cool.

A long road out west

Finally, my life is starting to feel a little more ordinary.  Had a rough time selling my house and moving.  It can be a very stressful experience.  I've now made the move and found a new place in Tucson, Arizona. After 13 years of long cold winters and astonishingly expensive housing, I packed it in and left Colorado.  Most everyone who I told I was moving said the same thing: "It's hot down there."  I know it's hot down here.  I've been here many times.
Posted by David B. Riley at 9:41 AM No comments:

Ever have dreams where you're hearing voices, then you wake up and you're convinced someone was talking, but no one is there?  That's happened to me twice this week.  Kind of creepy.
Posted by David B. Riley at 12:30 AM No comments:

Moving and selling a house is about twice as much as it possibly can be.  Well it's all over for now.  I was so relived when I got the confirmation we'd closed.  No more mortgage payments.  Yay!

Well, it's a big change. I've moved from the mountains of Colorado to Tucson, Arizona.
Posted by David B. Riley at 7:59 AM No comments: