I ain't got no camera

I do not have a digital camera. On nights like tonight I dearly wish I had one.  That's one thing about moving to the desert--these incredible sunsets.  They're not at all like sunsets back in Colorado. A shame I can't share it.
Posted by David B. Riley at 7:53 PM No comments:

Tea of Our Discontents

I like one particular brand of iced tea that comes ready made and sold at most stores.  All summer long I've struggled to find it.  I'm usually looking at an empty shelf at the grocery store.  I don't see why this company can't make more tea, or hire more drivers or whatever the problem is.  They're losing business.  supply chain people-- that's business school 101. I want my tea. 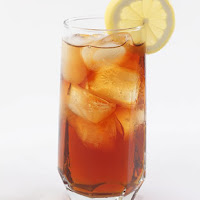 Tomorrow is Women's Topless Day,Can't find any events listed in Tucson,
Posted by David B. Riley at 10:24 AM No comments:

Not Much Going On

My postings have dropped off a bit lately.  I don't really have much going on.  Story Emporium 2 is out.  My next project is to try and get an Arizona chapter of the HWA up and running.  We've set our first meeting for September 10th in Phoenix.  We'll see what sort of interest there is.
Posted by David B. Riley at 11:48 AM No comments:

I recently planted two ash trees.  They seem to take the heat fairly well.  I'm so pleased to notice new leaves are growing.  That's when I'm told they're out of danger.
Posted by David B. Riley at 4:21 PM No comments:

Some kids are back in school, some aren't depending on where they live.  How sad they look.  I looked like that on my way to school.  No school bus. I got a bicycle at some point.  When I was little I used to get so worried about school I'd throw up.  Of course that prompted my father to relentlessly tease me or do anything to up the pressure.

One day I went off to a little creek about a mile from out house.  I never went to school that day.  Mostly sat around and caught crawdads.  It wasn't much fun.  But I'd brought my lunch.  Went home at the usual time.  Figured I'd get in trouble.  Nobody ever seemed to notice.  Felt better about school after that.
Posted by David B. Riley at 7:18 PM No comments:

It's 100 degrees in the shade and some guy's sitting in the back of his truck trying to sell fur coats.  I don't know if the coats are mink or rat.  I do know they're on the back of a pickup truck.

It's not uncommon around here to see people parked on a vacant lot hawking objects de art,  But I've never seen somebody trying to sell fur coats.  It just seems so totally wrong somehow.
Posted by David B. Riley at 10:51 AM No comments:

Didn't turn on the telebibision once yesterday.  Not one word about Trump.  Simple bliss it was.
Posted by David B. Riley at 6:32 PM No comments:

Even more about trees, well a bush anyway. Lightning took it out during a really violent storm last week. This thing has some nasty looking thorns on it. Got to cut the dead thing up. Not looking forward to it.  That lightning strike was only about 15 feet from my house.  Think it can't happen to you?  Fifteen feet.
Posted by David B. Riley at 12:30 AM No comments:

Well, my new tree has not died yet.  It's a ashe good for desert climates.
Posted by David B. Riley at 12:30 AM No comments:

I was thinking up story  titles for some burned out copy writer.

Some guy in France steals a loaf of bread and gets arrested            Les Miserable.

A woman thinks she can spin golden thread      Rumplestiltskin

Bought myself a tree for some shade on the hot side of my house.  boy, was it tough to plant. We have incredibly hard rocky soil.  Hope the darned thing doesn't die.
Posted by David B. Riley at 8:49 PM No comments:

As most folks reading this blog know, I recently moved to Tucson, AZ from Colorado.  Well, it's quite a bit hotter.  I'm not complaining. but I am explaining.  I've been trying to find some trees, as the back side of my house gets really hot in the afternoons.  Every nursery I've gone to tells me different things.  "You need this.  You need that."  Tomorrow, I will make my decision...
Posted by David B. Riley at 12:30 AM No comments:

One problem with the Olympics is tv.  All the other networks kind of roll over and go into rerun mode. So, if you don't want to watch the Olympics, you've got few options. At least it's only every two years [winter and summer].
Posted by David B. Riley at 10:47 PM No comments:

Want money?  I got some at one of our casinos.  I only went because some people from out of town wanted to go.  I won a whole dollar.

Two areas in the Wild West became especially notorious as being outside  the rule of law were Deadwood and the Indian Territories, which later became Oklahoma.  As most white settlements in this area were illegal and there was little in the way of local justice, this was literally a lawless region. The only real law came from Judge Charles Parker, who presided over the U.S. Court for the Western District of Arkansas out of Fort Smith. His tenure was unique in the history of the federal judiciary; while most U.S. district judges toiled away on civil cases, Parker heard thousands of criminal complaints involving disputes and violence between Indians and non-Indians. He served on the bench for 20 years.  Lacking any other rule of law, he deputized federal marshals and sent them into the Indian Territory to arrest and bring back literally hundreds of criminals.  Although he often claimed he was trying to rehabilitate these men, he sent 160 people to their deaths. This is more executions by far than any American judge, ever. Most of those executed had no right of appeal--there was no appellate court claiming jurisdiction over the area.
Parker's efforts led to major changes in how the justice system operates. In Fort Smith he tried to create, in his own words, "the moral force of a strong federal court." He did this singlehandedly with little help or guidance from Congress or any other court. He deputized blacks as well as whites as marshals at a time when marshals were under the supervision of federal judges.  Some of his marshals arrested got so good at what they did they would arrest hundreds of criminals a year and bring them back to stand trial by the wagonful.

And this concludes Hanging Week.  I hope you've enjoyed it,
Posted by David B. Riley at 12:30 AM No comments:

The New Adventures of the Late Judge Roy Bean

The town council was frantic.
What are we to do?
Scofflaw are everywhere.
There’s a car parked in my spot

And so the citizens were safe once again.
They could sleep at night
Cars could be parked.
The law had arrived.

Then court was in session.
The judge cracked his gavel. Court is open!
What’s the charge?
Littering.

Next case come forward.
What’s it gonna be?
Hitchhiking!
The judge hated looking at people’s thumbs.

The town council was frantic.
What are we to do?
We’ve made a mistake.
But there’s no car in my spot.

This is a poem I published a long time ago in a small magazine long forgotten.

Judge Roy Bean, the only law west of the Pecos.  Often and erroneously called the hanging judge, truth is he was just a part time justice of the peace and saloon keeper.  He handled minor cases like stealing and drunkenness, but lacked the authority to run capital trails.  Although there is one tale of one case where he did order someone hanged...

Tomorrow we'll rap up hanging week with a real bad ass hanging judge.
Posted by David B. Riley at 12:30 AM No comments: