I don't really like New Year's.  Too many reminders of another year gone by. This past year saw profound change as I retired from the hotel business [the proverbial day job], sold my condo in Colorado and bought a house in Tucson, AZ.


As far as writing endeavors, I had a new science fiction book published by Wolfsinger Publications.  My own publishing business has now basically shut down.  We're still selling stuff but there are no new plans for any projects in 2017. Story Emporium never caught on and it will no longer be published.  We've also put out a book every year. There is nothing planned for 2017.  Lack of sales is the big culprit.  Poor author interest is another.  While other publishers get huge submission volume we're begged for stories and found very few.  So, I decided to throw in the towel.

I don't know how 2017 will turn out. I've upped my plans to go to more science fiction cons this year. Last year I only attended one.  This year I plan to do four--one per quarter.  I have only one short story sold in an anthology coming out this year. I hope I can get a little more going on, but you never can tell about such things.

My expectations are so low that I can't really be disappointed. Time will tell as they say. 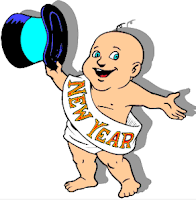