Well, I not that once again you stiffed me on Christmas. Have I offended you somehow?  Las year you brought me nothing. The year before that was nothing. I give up. I won't darken your doorway anymore.

My Christmas lights are carp.  That's what two people said as they walked by my house.  They're right. I have a small evergreen with green lights on it and that's it.  Christmas isn't going to be much of a holiday this year.  And, frankly, my crappy decorations are similar to what other neighbors on my street did so why are they singling me out?  I'm not Ebenezer Scrooge, I did something.  There's also  a wreath on my door. Lighten up. The concept of lights on the house is a strange one anyway.  The Christmas tree originated in Germany. It came to England largely because of Queen Victoria, whose family was mostly German.  I don't know how the lights on houses started up.

Somebody on their website was rattling on about weird westerns and kind of incorrectly wrote about the demise of Science Fiction Trails magazine, which I published 14 issues. It stopped being published because I had too much trouble getting stories.  I just gave up.  It wasn't really a lack of sales although the last two issues did see a sharp drop in sales as well.

There are still copies of some of the issues around on the online used book market, if anyone wants to read it.

Then there's the Six Guns Anthologies.  Number three came out a few months ago.  These are horror anthologies and should not be confused with the SF leaning magazine.  For some reason, we had plenty of stories for the last book, in fact we could have published two books if we had wanted to.

Is the weird western alive and well?  Well, I don't think so.  Our sales aren't nearly what they were when the first volume of Six Guns came out--not even close.  This may just be a type of story folks aren't really interested in anymore.  There haven't been any movies in this sub genre in some time. That would be a shot in the arm, just as Cowboys and Aliens really helped my sales of Science Fiction Trails, but only for a couple of years.  Again, it was really a lack of stories that ended that series.  Will be another horror anthology?  No decision has been made on that, but I'm guessing no.

I've noticed a lot of people are wearing masks, but their noses are not covered, only their mouths are?  I guess, deep down, people are stupid. I sometimes wonder if the Covid virus Mother Nature's way of trying to get people to die off and let something else evolve. Dinosaurs lasted much much longer than people have, before a big meteor crashed into Earth and killed them.

One of the things I always wanted to do, but never could get together, was to market a product called Lump-o-Coal. Based on the tradition that bad kids don't get presents, but a lump of coal in their stocking, I thought marketing such a product made sense as so few people in America use coal to heat their homes. So, but the card with a piece of coal--"For that rotten little kid" it would say on the package and drop it in his stocking and you're done with Christmas shopping. Alas, it just never happened. 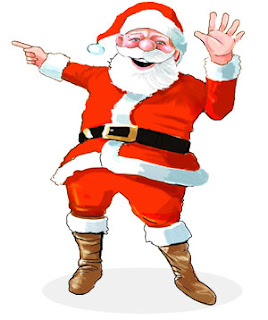 One of the many changes the Covid plague has made on our society is the lack of bell ringers. I don't know about the rest of the country, but there certainly aren't any around where I go.  I used to have a cup that accumulated change over the year.  I'd take it down to one of the bell ringing places and dump the coins, probably around fifty bucks worth, into the little red kettle.  I just noticed, this year I've got the coins, but no kettles.  I noticed Coinstar was more than happy to take my coins and forward the money to various charities.

I always thought it would be kind of a kick to be an electoral college voter. It's probably boring, but only 500 or so people get to be one.  Alas, no one asked me to be a voter.  I would've thought my buddy Joe would've wanted me, but that did not happen.  I think there are nine in Arizona, but I could be mistaken. Today, they're all voting and I'm not.

I haven’t said much about writing and editing lately.  I’m not sure I have anything all that inspiring to contribute. Little changes. Most writers are pretty good folks just trying to sell their stories.  Then there is that small bunch that makes you want to never do another project again.

Most annoying peeve–Why did you reject my story?  Because I didn’t like it?  Actually, it might be for a number of reason like it doesn’t meet my published guidelines or I may just have too many similar stories. Or, it may totally suck. But no matter why I rejected it, I am not a critique service am not going to reply to these type of queries.

Then there’s the writers who refuse to sign the contract.  There’s always a couple of these. My terms were listed in my guidelines, had anyone bothered to read them, yet when they get their contract they demand all sorts of changes to it or, worse yet, they won’t even respond at all. This wastes a lot of my time. How I so dearly love these people.  It’s sudden death. The offer to publish is always withdrawn.  A solo author can negotiate a little on terms, but I cannot have fifteen authors in an anthology trying to redo the contract terms.

One has to be careful in making assertions about the paranormal.  Actual, tangible proof of strange goings on can be elusive.  I've mentioned before I've encountered ghosts in two hotels I worked at.  I don't have any proof on this, so I don't really expect folks to believe me.  On the other hand, I've never seen a flying saucer.  Thing is, just yesterday, a neighbor was standing in front of his house. He seemed upset. I asked him if everything was okay.  He said he'd just seen a UFO.

He pointed straight up.  I looked up and saw nothing but the regular stars.  It was orange and moving around like crazy, he informed me.  Well, I said something like "creepy" and went back in my house.  I don't know what he saw. I know a lot of people see these things. Maybe I should look upward more often.

I never thought I'd see a coup d'é·tat in the United States.  The recent lawsuit filed with the Supreme court by 17 Republican controlled states is just that.  At least, it's a feeble attempt at one.  This smites from the days of the banana republics and the local genralisimo invalidating a lawful election for some dubious reason that's really just a greedy attempt tp hold on to power.  And. more troubling, is how little concern there is about it.  A tw-bit dictator named Donald Trump is trying to cancel the results of an election because he doesn't like the result.  And the retarded minions who worship him think it's just great.  Well, it's not just great. It is a disgrace.

Supposedly there's rain on the way.  That's saying something since this is supposedly the driest year on record.  I'm not sure if the trees in my yard are still alive. It's not always easy to tell with trees.

Want to convince yourself that people really are idiots?  Would you like to remove all doubt at just how stupid people can be?  Take a few minutes and park yourself near a post office. Select a large one with high volume and simply observe the drop off drive through mail boxes.  It simply astonishing how many people struggle, really struggle, to take a letter and put it in the slot of the mailbox.  Try it sometime. You'll be amazed.

Found something called a Weird West Primer over at Tor.com  It tilts heavy toward the few mass market projects and should have included David Boop's three book Straight Outta series, but it was still informative.  The link is below if anyone is interested.

Put lights up on the tree in my front yard--nothing fancy, just some green lights.  I always liked Christmas trees and think trees look nicer than the eves of houses when it comes to holiday decorations.  I bought some new lights as my old ones had frayed wiring and a lot of broken bulbs. It seemed like it was best to throw them out and start over.

I also sent out Christmas cards today. Dang, I'm efficient. I don't send out a lot of cards anymore.  I used to get these really neat cards that were postcards--no envelope required and the postage was less. I guess the concept did not catch on, as I cannot find them anymore.

Taco Bell has green sauce again. Yay!  They dropped it, but now it's back. Go to Taco Bell and buy something with green saucer.